I make professional quality shakuhachi of all lengths from 1.3 to 3.3 shaku (Japanese feet). If you are just beginning I recommend the standard length of 1.8. 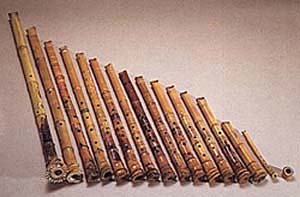 There are two different approaches I use in making shakuhachi: an extremely fine-tuned shaped bore, hand-shaped or casted; and leaving the bore as natural as possible, but still working on various points so that the instrument plays well. Some players prefer the esthetic of a more natural "jinashi" (no-putty) shakuhachi, but a shaped bore gives the maker much more control over the tone quality, pitch, and balance.

I began working on the acoustics of shakuhachi more than twenty years ago. Basically, I could not find an instrument with the kind of balance I was looking for no matter how much I paid for a flute. Working closely with master shakuhachi maker Masuda Shuho, I began making my own shakuhachi, and also some shakuhachi for other players. I now also work closely with Monty Levenson who has perfected a bore casting process that simplifies the most difficult part of shakuhachi making--accurately shaping the bore. For those interested in shakuhachi acoustics check out "An Interesting Bore".

For a less expensive but highly recommended alternative check out the cast-bore shakuhachi that Monty Levenson makes.